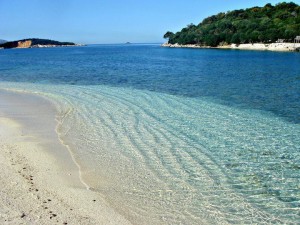 Albanian state news agency ATA reported Albanian Minister of Foreign Affairs Edmond Panariti said at a news conference on Monday [27 August] that during his recent visit to the People’s Republic of China he was assured of China’s support and commitment to encouraging Chinese investments in Albania and expansion of the economic and trade activities between the two countries.

Panariti said that the Chinese authorities pledged their support for increased Chinese investments in Albania, adding that a large group of Chinese investors will visit Albania in a very near future.According to Panariti, Chinese government has also shown interest and is considering plans to establish direct flights between Beijing and Tirana.Commenting on his visit to Australia, head of Albanian diplomacy noted that “Australian government authorities expressed readiness to explore ways of investments in Albania’s mining sector and enhance cooperation in the area of education and cultural exchanges.

Of possible interest to some Chinese investors is the Albanian government’s proposal to award citizenship to foreigners who invest at least 100,000 euros in their country. Buying a home would be an easy route to obtaining that citizenship, so developers are keen on the idea. Some Albanians are concerned the citizenship plan may be exploited by foreign criminals looking to hide from their own governments, so it has yet to be enacted. However, even if the citizenship plan remains sidelined, it is clear Albania’s property market and wider economy is opening up for business, and Tirana wants Chinese investors to become a big part of it.